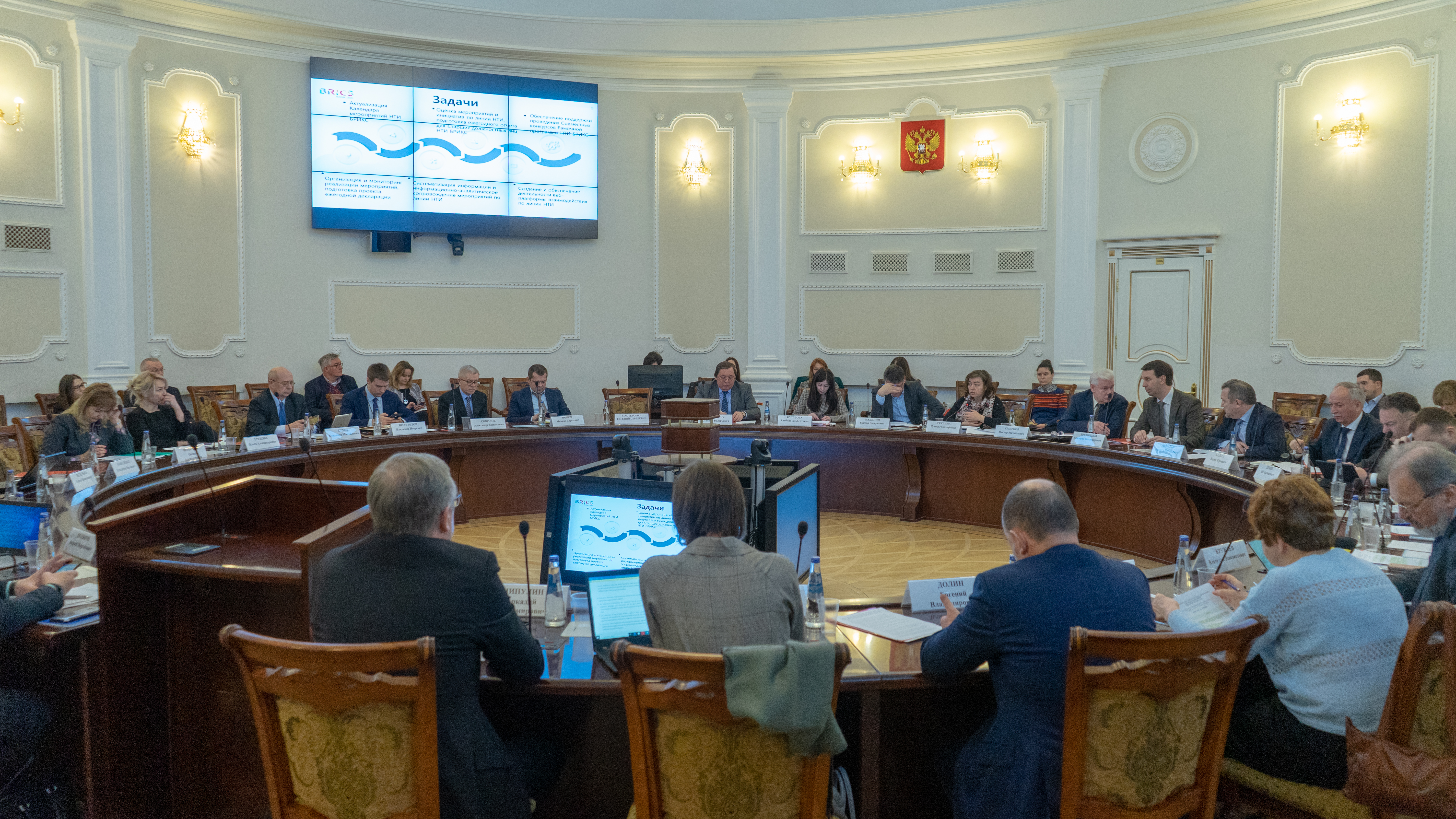 Russian Presidency in BRICS in 2020 became the top agenda of the Meeting. The STI activities calendar for the upcoming year and key STI initiatives of the Russian Federation to be implemented during the Russian Presidency were outlined in the Meeting. The heads of the BRICS STI Working Groups and other platforms of cooperation introduced the reports on the activities, held within the framework of their activities in 2019.

The 5th anniversary of the adoption of the general document, reflecting the collective decisions of BRICS countries in science, technology and innovation (the Memorandum of Understanding on cooperation in science, technology and innovation, signed by the BRICS countries on the 18th of March, 2015 in Brazil) was marked at the Meeting of the BRICS STI Council.