Among the highlights of the 6th BRICS Young Scientists Forum (group formed by Brazil, Russia, India, China and South Africa), is João Pedro de Goes Novochadlo, winner of the Young Innovator Prize. The Brazilian, who is a creative technologist, was recognized for the development of an application that uses microlocation technology and artificial intelligence to facilitate interaction and mobility for people with visual impairments.

And then Veever was born, today a startup with national operation that, according to its creator, has the potential to serve any place in the world that wants to make its internal and external spaces accessible.

“Ultimately, data management is stored on a cloud platform, allowing the infrastructure manager to have control over what is being sent. Usage patterns can also be monitored to gather insights.”

Currently, Veever’s technology is in the process of being validated for availability in spaces such as schools and shopping centers, in addition to events such as Rock in Rio. However, for transportation, not yet. “Since we install a device, which sends information to the user’s cell phone, we could install it on a bus, and when the bus approached the user, he would receive this information. But when it comes to public transport, this involves all the bureaucracy related to governments”, explains the young entrepreneur.

Regarding agreements with private transport companies, Novochadlo says that partnerships would be very welcome. “We don’t have any kind of partnership with anyone. It would be great if we could get partners like Uber or 99, for example, so that we can install the device in vehicles accredited on these platforms”.

National and international recognition for work for people with visual impairments
The BRICS Young Scientists Conclave (Forum of Young Scientists of the BRICS, in free translation) is an international forum that seeks to bring together young exponents from each of the bloc’s countries and foster debates and reflections on technology and innovation.

This year, the event, which aims to promote the exchange of knowledge and good practices among young researchers from the countries that make up the BRICS. took place online, lasting four days, and following the time of Bangalore, India. The award ceremony took place last Thursday (16). You can watch, in full, through this link.

“The BRICS Young Scientists Forum is an excellent opportunity for early career researchers from Brazil, Russia, India, China and South Africa to meet, present their work, exchange experiences on what they are researching and also create new networks , new collaboration groups”, Carlos Matsumoto, who headed the delegation, declared to the federal government’s website.

For the Young Innovators category, in which the Brazilian was the winner, each BRICS country held a selective to choose four representatives in the competition. “It is estimated that there were about 1100 entries,” said Novochadlo, who learned of the notice through the nomination of a colleague at the US embassy. “Fortunately, I was one of the Brazilians selected to compose the delegation that would participate in the event”.

The Brazilian delegation, led by the MCTI, was made up of 19 young scientists selected with the support of the Brazilian Academy of Sciences (ABC).

This is not the first prize that Novochadlo’s project has received. “We have already received several awards and accreditations, such as my nomination for the ‘Young Leaders of The Americas’ program of the American government, residence at Estação Hack do Facebook, in São Paulo, Public Consecration award given by the city of Curitiba and I was a national winner and Brazilian representative in international competitions of United Nations Organization”.

Veever also targets accessibility for people with hearing impairments
Novochadlo and his team, formed by Lohann Paterno and Leonardo Custódio, intend to improve Veever even more, increasing its range of activities. “Today, we are working to improve our space mapping algorithm so that Artificial Intelligence can help us reduce the possibility of errors, and I believe that very soon we will be adding functionality for people with hearing impairments.” 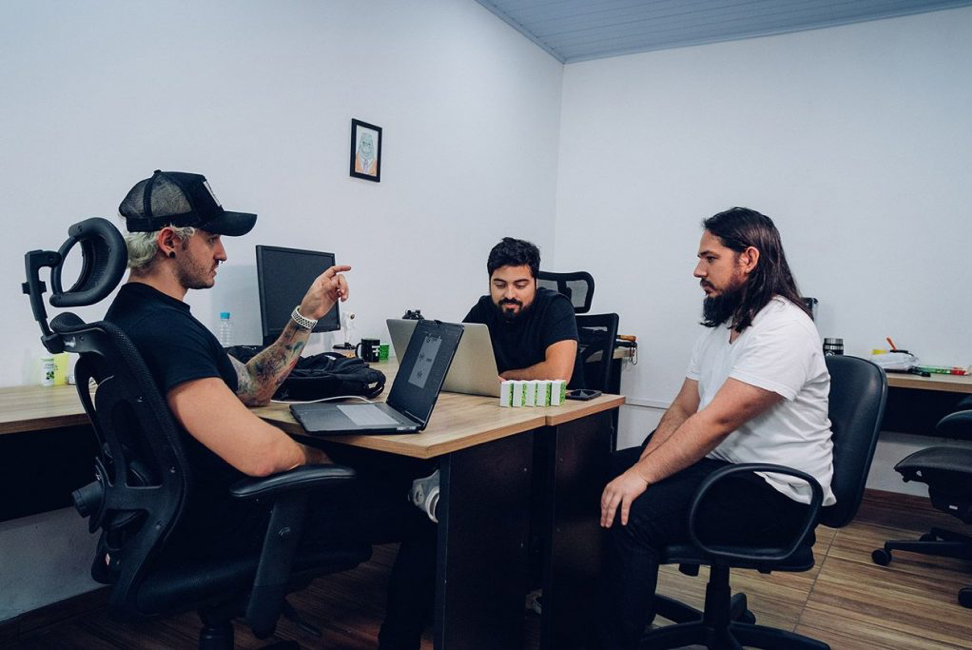 In terms of business, he says that “great partnerships” are being closed in the area of ​​tourism. “We aim, by the end of the year, to launch our solution in a famous Brazilian tourist spot.”The young man believes that his international experience will also be useful for Veever’s destinations.

“The possibility of being a Lemann Foundation Scholar and being able to do a Master’s degree in the United States has allowed me to create valuable connections that will possibly allow our expansion abroad.”

For Novochadlo, these awards, especially international ones such as the BRICS, are more than recognition of his work. “Since my theme is about accessibility and inclusion, I was very surprised and, at the same time, very happy to see that a project focused on this ended up being the winner. This is a good sign that, in fact, the world is already thinking about it: that accessibility and inclusion are not options, this needs to be mandatory. And I believe that, more and more, with more funding and support from the government, institutions and universities, we will manage to make this world even better”.