On 23 – 24 August, the 4th International Meeting of the BRICS Working Group on Research Infrastructure and Megascience Projects took place within the framework of the Technoprom-2022 Forum being held in Novosibirsk this week. The Joint Institute was an active participant of the event. The two-day meeting brought together representatives of ministries, relevant departments, and scientific organizations of the BRICS countries to discuss the Strategic Plan for the Working Group, which was the key topic of the event.

JINR Director Grigory Trubnikov chaired the topical session devoted to update of BRICS countries’ policy on research infrastructure. Participants discussed the need for open dialogue between the countries for the benefit of the research infrastructure development. Traditionally, participants of BRICS international meetings exchange the state of the art and scientific plans of the association’s members. “Our countries are developing very actively, that is why it is important to synchronise the general vision of scientific policy,” he highlighted. “Such an international dialogue has resulted in the launch of the BRICS GRAIN platform, the development of tools and methods by the association’s countries, thanks to which research infrastructures of the BRICS members have become even more open, attractive, and competitive.”

Within the framework of the topical session devoted to the Strategic Plan of the BRICS Working Group, Head of the JINR International Cooperation Department Dmitry Kamanin presented its draft. In his presentation, he noted that the Document is able to boost the cooperation development between research infrastructures of the BRICS members. This will support initiatives within the countries, contribute to the creation of new actively developing research facilities, and attract the world scientific community to the research infrastructure of BRICS. The presentation of the Document aroused an active discussion, at which participants of the working meeting made many proposals for the elaboration of the Plan. In particular, they discussed a smooth increase in the number of participants of joint applied projects, which all BRICS countries will gradually be able to join. 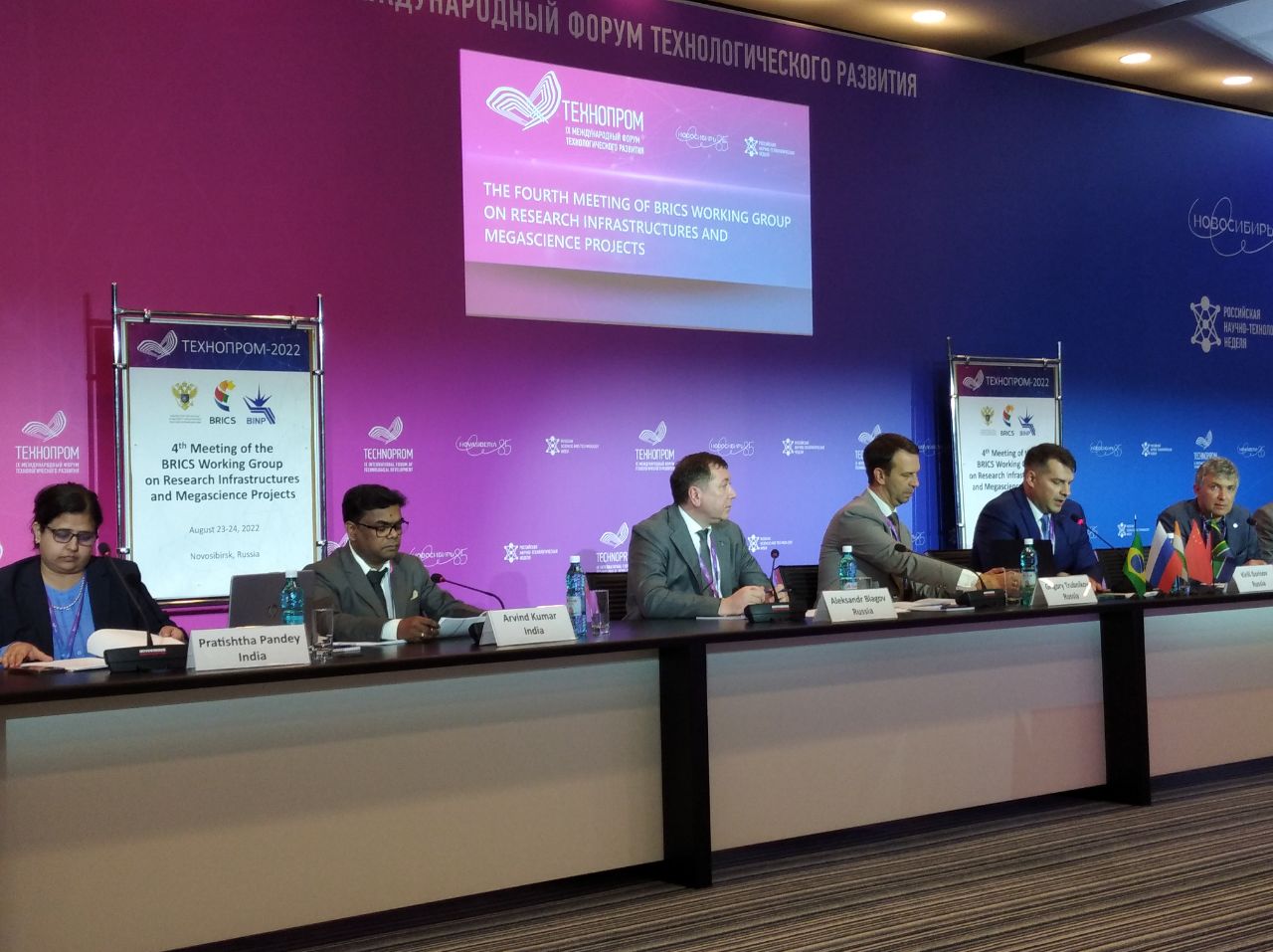 “We already can begin the discussion now in order to start implementing such a project next year,” Grigory Trubnikov said, supporting the initiative of colleagues. He highlighted that such initiatives confirm the intentions of the BRICS countries to create a joint research infrastructure platform.

Moreover, on the first day of the event, participants discussed the milestones of previous meetings of the BRICS Working Group. In particular, they drew attention to the role of the special online meeting of the strategic group held in March 2021.

On the second day of the Meeting, the Working Group discussed ways to improve the BRICS GRAIN web platform. In fact, the discussion continued the main topic of the Meeting, i.e. the elaboration of the Strategic Plan’s draft. On behalf of the Joint Institute, Chief Scientific Secretary Sergey Nedelko spoke on the topic of the Meeting and presented the aims of the platform, as well as offered participants to discuss a number of proposals for the BRICS GRAIN development. “It is important that infrastructure objects of the platform complement and balance each other. At the same time, it is necessary to take into account national interests of each Member of the BRICS Association,” Sergey Nedelko stressed.

Within the framework of the following topical session, its participants discussed the BRICS Task Force project, which was included in the Strategic Plan and aimed to analyse existing research infrastructure objects of the BRICS Members. Dmitry Kamanin presented the project, milestones of its development, and further plans for its implementation.

It should be reminded that the BRICS Working Group on Research Infrastructure and Megascience Projects was established on the initiative of the Russian part and officially registered on 8 October 2016 at the 4th BRICS Science, Technology, and Innovation Ministerial Meeting and recorded in the Jaipur Declaration.